Warning: "continue" targeting switch is equivalent to "break". Did you mean to use "continue 2"? in /home/.sites/332/site2343028/web/nds-med/wp-content/plugins/widget-entries/iinclude_page.php on line 307 NDS in Aubagne – Notre Dame de Sion 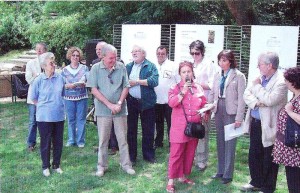 Among the many activities suggested to me, I have tried to choose those that would allow me to testify best to the congregation’s charism. That is why I have given priority to interfaith dialogue.

For several years, a group has been getting together every month, on the one hand in order to get to know one another better, and on the other, to do things together.
Thanks to one of our Sister Gaby’s Jewish friends, I was easily accepted, and for the last three years, I have been taking part as a Catholic sister for whom Sacred Scripture and relations with Jews, Muslims and people on the margin are essential. That resulted in an article about me in the local newspaper, which was entitled: “from beside those who have no roof over their heads”. But above all, I am known as a Sister of Sion. I insisted on that.

Another wing of my commitments led me to hospital chaplaincy. There too, I have had many contacts with Jewish and Arab patients, with Christians and with non-believers. At times, the meetings are unrewarding, but most often they are gratifying, for you always receive more than you give. At Timone in Marseille, the chaplaincy is an interfaith one; there is a Jesuit, a rabbi, an imam, and we, the volunteers, can call upon them when a patient so desires. 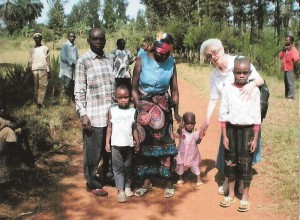 Up until this year, I worked with a “solidarity shop” of the Secours Catholique [Catholic Aid – Caritas], where I also met many people from the Maghreb. But I have given this up in order to respond to new calls: People who feel ill at ease in our parishes tend to give up all religious practice.

Together with a priest from Gémenos who is more open, we have begun domestic liturgies: sharing of the Word, celebration of the Eucharist, and a light meal together to end the evening. And in January, I shall join a small group in Marseille who have asked me to help them to deepen their understanding of the Word of God. I don’t know these people yet!

I thought I should give priority to this kind of encounters.
Should I speak of my visits to Gémenos (frequent), to Lorgues (from time to time), of my relations (daily) with the Little Sisters of Jesus in Aubagne and (occasional) with M. Claire Brézét.

Not to mention my neighbors in the building and my many friends. That fills my days!