Warning: "continue" targeting switch is equivalent to "break". Did you mean to use "continue 2"? in /home/.sites/332/site2343028/web/nds-med/wp-content/plugins/widget-entries/iinclude_page.php on line 307 Interfaith Life in Aubagne – Notre Dame de Sion 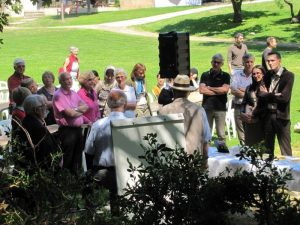 This year 2014 started well with the performance of “Pierre et Mohamed”. More than 250 people of all religions responded to our group’s invitation and listened in eloquent silence to the beautiful dialogue between the Bishop of Oran and his young chauffeur.

After the performance, an encounter in the theater’s front hall gave people the possibility to dialogue with those who had performed (the narrator and his musician) and to perceive even better the bonds of respect and affection that united “Peter and Mohammed”, who were assassinated together on August 1, 1996. In January 25, Msgr. Teissier, the former archbishop of Alger, came to Aubagne for two encounters: The first was open to the public and was in continuation to the play “Pierre et Mohamed”. Based on that, Msgr. Teissier clarified the position and role of the Catholic Church in Algeria since Independence, as well as the terrorist context in which the play was written and the values it transmits. The second was for some forty young people from the Catholic chaplaincy of public education, who were joined by a small group of young Muslims. After a film showing some passages from the play, the young people asked many pertinent questions, mainly on Christian-Muslim relations. In February, there was a discussion evening: “Encountering Tunisia today”. This followed a study trip that some of us had made. 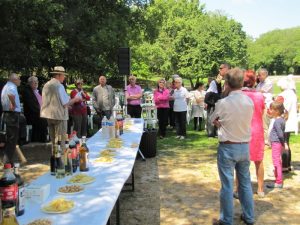 In April, we had a visit to the “Camp des Milles” [Camp of the Thousands], where foreigners and Jews were interned from 1940 onwards, in terrible conditions. On this subject, it is interesting to read “Le diable en France” [The Devil in France] by Lion Feuchtwanger. Finally, on May 18 there was the annual picnic with the theme: “How to confront together the daily violence?” The discussion in three phases was very lively: what is lived; the causes; the remedies. On the fringe of these activities of the interfaith and non-believers’ group in Aubagne, I was invited to the first encounter of a radio network, “The Christians of the Mediterranean, active for Peace”.