Warning: "continue" targeting switch is equivalent to "break". Did you mean to use "continue 2"? in /home/.sites/332/site2343028/web/nds-med/wp-content/plugins/widget-entries/iinclude_page.php on line 307 ConnecSion 2014, Brasil – Notre Dame de Sion 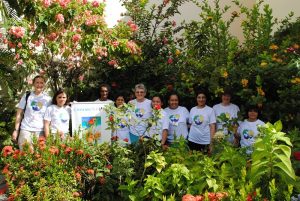 In April Sisters of Sion in the second stage of formation (temporal vows) and their formators had the opportunity to gather to study the vowed life in Sion. This was the third ConnecSion meeting and this time it took place in the north – east of Brasil, where Sion has a few Communities. The time there was filled with deep conversations, sharing, studying and strengthening our relationships.
Every day was well organized and included some study time, inputs, reflection, sharing and praying together. During this two weeks we had time of immersion which gave the opportunity to know a little better the country and it was the time of deep listening to God’s voice. I would like to share my reflection that I have written after the immersion. I think it is another way of sharing what we experienced during this time.

1.Beauty of Creation
To David himself. Bless the Lord, O my soul. O Lord my God, you are exceedingly great. You have clothed yourself with confession and beauty; you are dressed with light like a garment, while you stretch out heaven like a tent. You cover its heights with water. You set the clouds as your stairs. You walk upon the wings of the winds. You make your Angels a breath of life, and your ministers a burning fire. (Psalm 103:1-4 ) 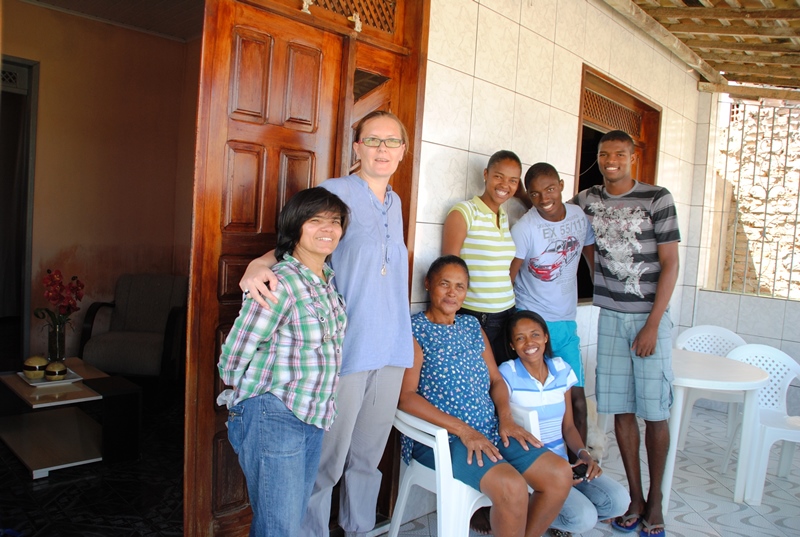 It was almost impossible not to admire the splendid, beauty and plenitude of God’s Creation. The plants so different kinds, the various fruits and sea-food. Some families had goats, horses, cows, chickens that provide food. God in His/Her Providence was taking care of the people. One of the woman we spoke said that in this village people are rarely hungry because they can always go and fish in the sea that was near. Though the same nature  was being destroyed by humans. The sludge in the river was enormous, it is so destructive to the animals, plants and people. And also the drought that is touching so many parts of the world, is experienced here.

2. Meetings
And while he was praying, the appearance of his countenance was altered, and his vestment became white and shining. (Luke 9:29 )

During the immersion I was deeply touched by the welcoming I received. First of all, the deep conversations, trust, positive attitude even in the time of sufferance and the deep PEACE. Just smiling, looking deeply into eyes.
The faces..I was trying to take a photo of some people’s face that we met. There were so profound, beautiful, reflected God’s image and were full of light (it was bringing to my mind the experience of the disciples at mount Tabor when Jesus face was radiant).
The deeper sharing was with women. Some of the women that were helping the others like in the center of children pastoral had to receive the support of their husbands –  I hope  – because to have families and work and volunteer in the center I am sure it was not easy. What  was inspiring, was their deep engagement they had and simple but profound spirituality nourished by Word of God read and shared in their communities.
We met also with a few men – a young guy from a sport academy, a joker and a man in the bus. They did not speak so much but they were acting with generosity -welcoming, giving time to ride a horse or helping in the bus.
There were a few moments that specially stayed with me and I would like to mention a couple of them (but every moment is well engraved in my memory). 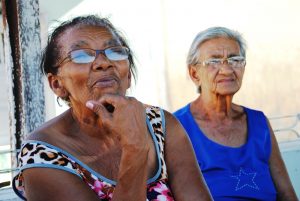 First a conversion with Gil – responsible of the Children Pastoral – in between telling me about the center, the work she was doing, her family, she said about how happy she is that I came because I am from the land of John Paul II. She was so moved and touched by my presence.
Another in the same center was a younger woman who first told me about her life, as I asked about what she is doing etc. Than I saw a moment she looked at my ring with hebrew letters and she said but please tell me about yourself. This was the moment that I was for the only time invited to share about who I am. To listen – sh’meat and to medaberet – speak, share, exchange.
I was / am really happy and more comfortable to listen than to share but this experience somehow deepen our short meeting and touched my heart by her attentiveness.

Then the Lord appeared to him, in the steep valley of Mamre, when he was sitting at the door of his tent, in the very heat of the day. Abraham hurried into the tent to Sarah, and he said to her, Quickly, mix together three measures of the finest wheat flour and make loaves baked under the ashes. In truth, he himself ran to the herd, and he took a calf from there, very tender and very good, and he gave it to a servant, who hurried and boiled it. Likewise, he took butter and milk, and the calf which he had boiled, and he placed it before them. Yet truly, he himself stood near them under the tree. (Genesis 18:1, 6-8 ) 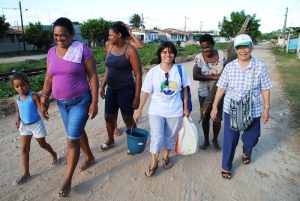 The experience of hospitality – it was everywhere but specially one woman touched my heart. It was an Aunt of our host. When we arrived to her house she prepared the mules and than I imprudently I asked where are the crabs that we caught last night (we went with her the night before to the sea); as response she quickly prepared the crabs and before the lunch we had aperitif with the crabs. She looked a little poorer than the others but for sure her heart was extremely reach with love.
When we went to eat lunch I was so uncomfortable because the table was prepared only for us and the other were accompanying us but not joined us (and it happened in  other places) – as Sarah serving the guests. Sr. Isabel said it is cultural but I really felt not at ease with it and the barrier of the language made me unable to express it. It think it was the moment then most I wanted to know Portuguese to be able to insist that they share the table with us.

3. The Church (with capital C)
So also will my word be, which will go forth from my mouth. It will not return to me empty, but it will accomplish whatever I will, and it will prosper in the tasks for which I sent it. (Isaiah 55:11) 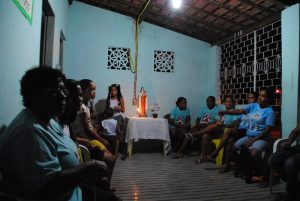 The Word of God was a part of these people’s life. So natural and so rooted. The sharing of the Bible, the inspiration and finding strength in It.
During the prayer that we had with a group of Prayer in the Chapel, after the Rosary,  a person read a piece of the 1 John 3 that speaks about the love towards the other and love of God. I was really touched by the deep understanding and sharing that I have heard there.

4. Emmaus
And they explained the things that were done on the way, and how they had recognized him at the breaking of the bread. (Luke 24:35 )

I was deeply touched by the simplicity of being. I felt so at home and so welcomed. The simplicity of life, open the door for a stranger, even though the fear was there (people locked their houses, and I was accompanied everywhere by the people from the village); the conversations were profound and were building immediately the relationship. The overwhelming generosity and hospitality was so welcoming and again made me felt at home because it is also a part of my culture.
I am very grateful to God for this opportunity because it opened more my heart to meet God and welcome the Other.